An important aspect of pruning is knowing when to prune plants.  Proper timing helps to insure attractive, healthy, productive plants.  The proper time to prune trees and shrubs in the yard and garden are indicated below. 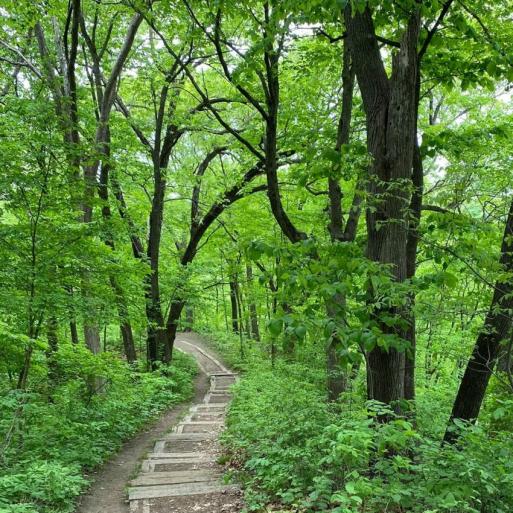 The proper time to prune deciduous shrubs is determined by the plant's growth habit, bloom time, and health or condition.

Neglected, overgrown spring-flowering shrubs often require extensive pruning to rejuvenate or renew the plants.  The best time to rejuvenate large, overgrown shrubs is late winter or early spring (March or early April).  Heavy pruning in late winter or early spring will reduce or eliminate the flower display for 2 or 3 years.  However, rejuvenation pruning will restore the health of the shrubs.

The best time to prune healthy, well-maintained spring-flowering shrubs is immediately after flowering.  (Healthy, well-maintained shrubs should require only light to moderate pruning.)  Pruning immediately after flowering allows gardeners to enjoy the spring flower display and provides adequate time for the shrubs to initiate new flower buds for next season.

Do not prune deciduous shrubs in late summer.  Pruning shrubs in August or early September may encourage a late flush of growth.  This new growth may not harden sufficiently before the arrival of cold weather and be susceptible to winter injury.

Principles of Pruning: When and Why to Prune

Prune evergreen shrubs, such as juniper and yew, in late March or early April before new growth begins.  Light pruning may also be done in mid-summer.  Avoid pruning evergreen shrubs in the fall.  Fall pruned evergreens are more susceptible to winter injury.

February through March is generally regarded as the best time to prune most deciduous trees.  The absence of foliage at this time of year gives the individual a clear view of the tree and allows the selection and removal of appropriate branches.  Also, the walling-off or compartmentalization of wounds occurs most rapidly just prior to the onset of growth in spring.  Oaks are an exception.  The winter months – December, January, and February – are the best time to prune oak trees.

To reduce the risk of an oak wilt infection, do not prune oaks from March through October.  Oak wilt is a fungal disease that is lethal to many oaks.  It can spread from infected trees to healthy trees by sap-feeding beetles ("picnic bugs").  If an oak tree must be pruned in spring or summer (such as after a storm), apply latex house paint to the pruning cuts to avoid attracting sap-feeding beetles to the wounds.

Late February to early April is the best time to prune fruit trees in Iowa.  Pruning should be completed before the fruit trees begin to break bud (leaf out) in early spring.

Evergreen trees, such as pine, spruce, and fir, require little pruning.  Dead, broken, and diseased branches can be removed at any time of year.  Late winter is the best time to remove unwanted lower branches on evergreen trees.

Spruce and fir trees possess side or lateral buds on their newest (outermost) growth.  To promote denser growth, cut shoots back to just above a lateral bud or side branch in early spring.

Growth on pine trees develops from terminal buds.  Pines do not produce side or lateral buds.  The growth of pines can be slowed by pinching or pruning off one-half to two-thirds of the elongated terminal buds ("candles") in spring when the candles are approximately 2 to 3 inches long.  Do not prune branches back to older growth down the stem as new growth will not develop from these areas.

Links to this article are strongly encouraged, and this article may be republished without further permission if published as written and if credit is given to the author, Horticulture and Home Pest News, and Iowa State University Extension and Outreach. If this article is to be used in any other manner, permission from the author is required. This article was originally published on March 13, 2015. The information contained within may not be the most current and accurate depending on when it is accessed.