By Laura Jesse, Plant & Insect Diagnostic Clinic
Approximately 30 agency specialists and tree care professionals met in Waterloo on Wednesday, August 20 for the annual Iowa Forest Health Tour, organized by the Forestry Division of the Iowa Department of Natural Resources.  As you might expect, the emerald ash borer (confirmed in Waterloo on January 29, 2014) was the main topic of discussion.  The tour included a field trip to a city park where an emerald ash borer-infested tree was felled and then bark-peeled by the participants.  Below are photos taken by Dr. Laura Jesse showing the bark-peeling activity, and the discovered larvae and borer galleries. 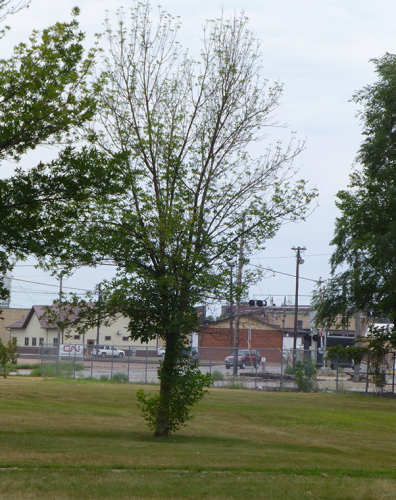 Declining ash tree showing symptoms of EAB.  Branch dieback and sprouts from the base are classic symptoms, but many infested ash will not display these symptoms. 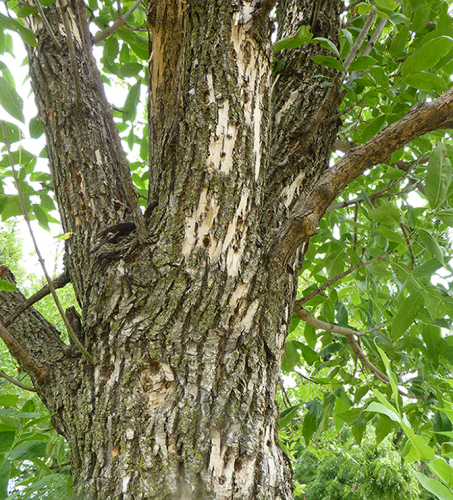 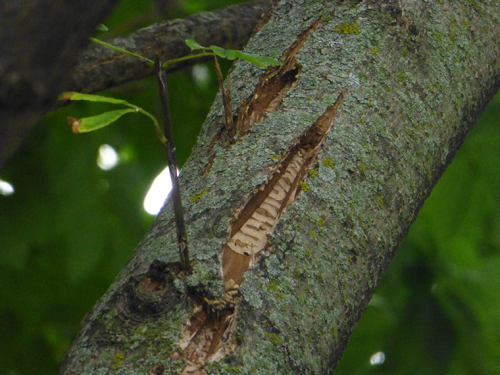 A split in the bark on a white ash tree branch showing the serpentine EAB gallery below.  As the tree tries to heal over last years wound left by a feeding EAB larva the bark can sometimes split. 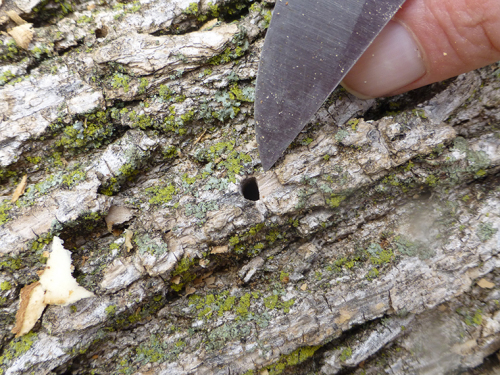 D-Shaped EAB adult beetle exit hole.  This is a classic sign of EAB, but can be very hard to find.  EAB also start feeding in the tops of trees, so often there will not be any exit holes in the trunk. 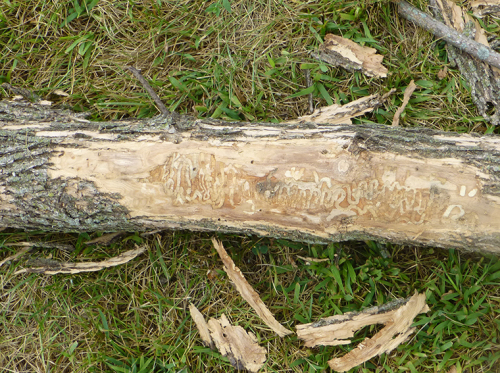 Ash tree branch after the bark has been peeled using a draw knife, and exposing EAB tunnels on the wood just under the bark. 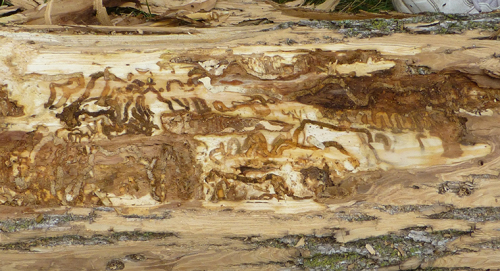 EAB tunneling under the removed bark. The tunnels in the whiter bark are newer and are interspersed with tunnels that are already decayed from previous years.  The continued attack of the same tree over many years eventually will girdle branches and the trunk, killing the tree. 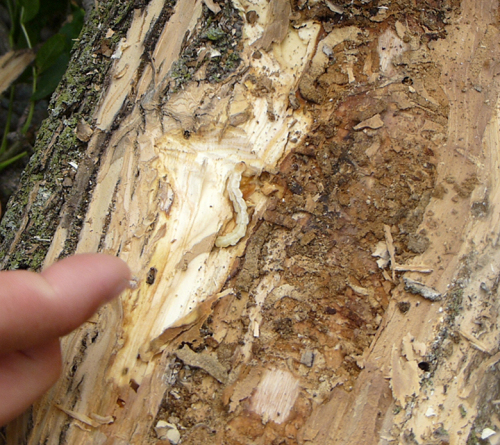 An EAB larva gently pulled from the exposed tunnel after the bark was peeled. This is a fully-grown larva that is waiting until its second summer to emerge as an adult beetle. 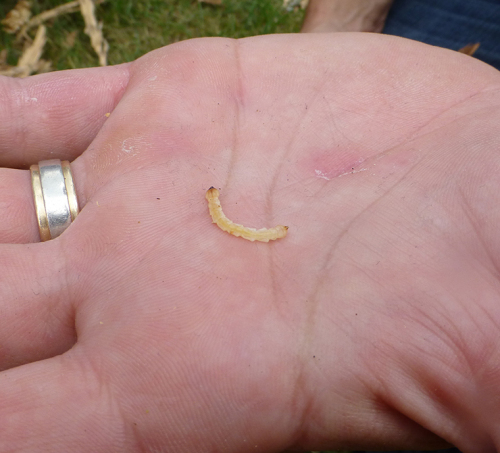 A small EAB larva from an egg laid earlier this summer. 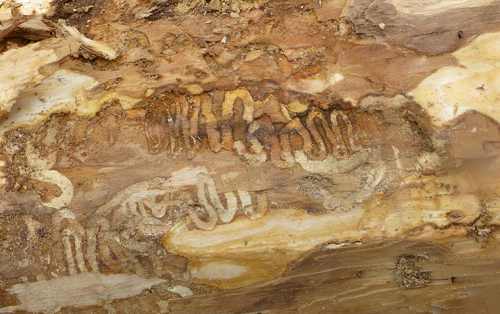 EAB serpentine tunneling is visible after the bark is carefully peeled from the tree.

Links to this article are strongly encouraged, and this article may be republished without further permission if published as written and if credit is given to the author, Horticulture and Home Pest News, and Iowa State University Extension and Outreach. If this article is to be used in any other manner, permission from the author is required. This article was originally published on August 22, 2014. The information contained within may not be the most current and accurate depending on when it is accessed.