The following are highlights and updates about samples and questions recently received in the Plant & Insect Diagnostic Clinic. Visit the PIDC’s Facebook page to ask questions and for updates and more pictures.

Backswimmers are aquatic insects, but later in the year adults take to the air for mating and migration.  Often they can be found near lights. Backswimmers are harmless but can bite if handled.  See picture below.

Foreign grain beetles have been making an appearance the past few weeks.  These tiny beetles can be very numerous and found dead on windowsills and around sinks.  They are a harmless nuisance and tend to be more of a problem in newer homes and buildings.  No control is possible and they usually are only a problem for a short time period.

Praying mantids are certainly numerous this year.  Most are the Chinese mantid.  Milder winters increase survival of the overwintering egg cases and lead to larger populations the following summer.  For those looking to find one they can often be found near where there are outdoor lights at night.  They make interesting pests, but usually don't live more than a few months. 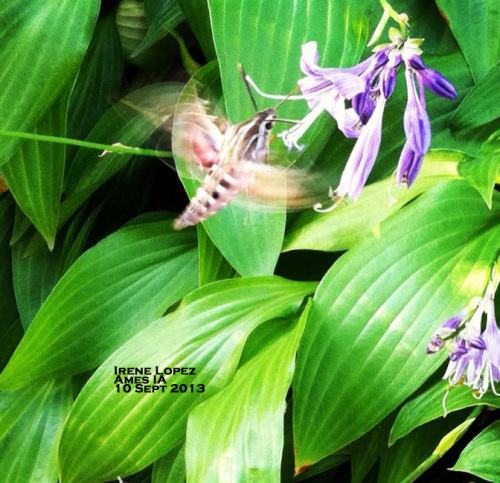 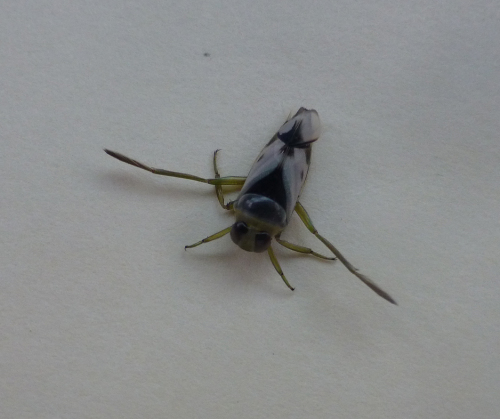 Backswimmer.  Note the legs that are modified to function like oars.

Links to this article are strongly encouraged, and this article may be republished without further permission if published as written and if credit is given to the author, Horticulture and Home Pest News, and Iowa State University Extension and Outreach. If this article is to be used in any other manner, permission from the author is required. This article was originally published on September 13, 2013. The information contained within may not be the most current and accurate depending on when it is accessed.