Be On the Lookout for Impatiens Downy Mildew

Have you checked you impatiens lately? If your plants appear stunted, yellowing, or have just a couple of leaves left, you might want to consider sending us a sample.

Impatiens downy mildew is a relatively new disease that wreaked havoc in homeowner gardens and greenhouses in 2011. This disease is yet to be confirmed in Iowa but it has already been reported in several states throughout 2012.

Symptoms of impatiens downy mildew include pale or yellowing leaves that may initially be confused with a nutritional deficiency. As infection progresses, leaves may start to curl and a white fuzzy growth can be seen on leaf undersides. Severe infections often lead to early defoliation and blossom drop, leaving bare stems behind.

Downy mildew is caused by a fungus-like organism called Plamospora obducens. This pathogen thrives under cool and wet weather conditions, especially if nighttime temperatures drop to 50-72 degrees F.  Downy mildew can spread through rain splash, overhead irrigation, and wind. It also produces a type of spore (called oospore) that can remain inside infected plant material for several years.

Although current weather conditions have not been ideal for infection, it’s not a bad idea to glance at your impatiens every once in a while, especially if you had impatiens in your garden last year. If you suspect downy mildew on your impatiens or find fuzzy growth on leaf undersides, bag and remove the plants immediately. To reduce the risk of infection, avoid overcrowding and promote air circulation among plants. Also, avoid overhead irrigation and watering at night. 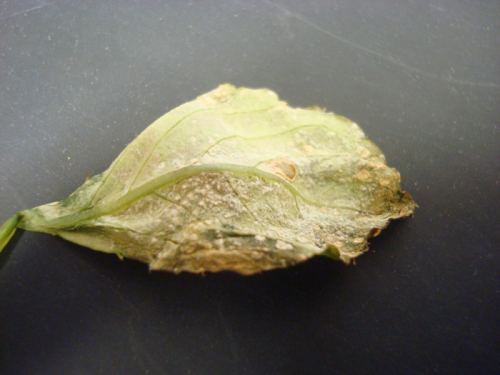 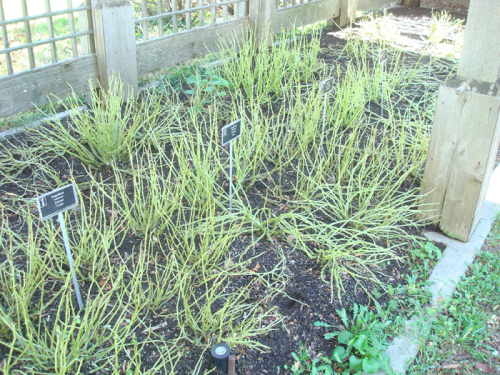 Links to this article are strongly encouraged, and this article may be republished without further permission if published as written and if credit is given to the author, Horticulture and Home Pest News, and Iowa State University Extension and Outreach. If this article is to be used in any other manner, permission from the author is required. This article was originally published on June 27, 2012. The information contained within may not be the most current and accurate depending on when it is accessed.