In late April the PIDC received a sample and pictures of caterpillars causing impressive damage to a European euonymus windbreak in Dubuque County. We determined that they were a species of ermine moth called the euonymus caterpillars, Yponomeuta cagnagella. This is a European species first reported in North America in 1967 and has been reported sporadically in the Midwest (Wisconsin, Illinois, Michigan) since 1989. Although infestations may have occurred before in Iowa and this is the first time the PIDC has received a sample and photos of euonymus caterpillar.

In addition to feeding on European spindle tree (Euonymus europaea) euonymus caterpillars have been reported feeding on eastern wahoo euonymus (E. atropurpureus), winter creeper euonymus (E. fortunei), spreading euonymus (E. kiautschovicus) and winged euonymus (E. alatus).
Description
Caterpillars are cream colored with dark heads rows of black spots along their sides. The most noticeable thing about an infestation will be the large amounts of webbing the caterpillars produce on the host plant and nearby plants. They can quickly defoliate host plants leaving them covered in webbing. When full grown caterpillars are about three-quarters of an inch long.
Adult moths are small (1 inch) white moths covered in black spots.
Lifecycle
In this case the damage was noticed in late April, however more typically the caterpillars would be active in May and June. The caterpillars feed until fully grown, pupate, and the adult moths emerge in July. The adult moths mate and the female moths lay eggs on the twigs and branches of a host plant.
Egg masses are covered by the female in a hard substance that protects them. Caterpillars emerge several weeks later, feed briefly and then overwinter as tiny first instars underneath the egg mass.
Management
Scouting should begin early in the spring on susceptible host plants, especially if there is a history of damage. Plants can recover from a single defoliation, but defoliation repeated over several years can weaken and kill the plants.

This year was unseasonably warm so caterpillars were probably active in mid-April, in a normal year early to mid-May would be the time to start scouting for damage. If there are large populations of caterpillars insecticides labeled for caterpillars on ornamental plants, including Bt, can be used to manage the caterpillars. Be sure to read and follow labeled directions. After any insecticide treatment it is also important to check several days later to assess the effectiveness of the treatment and re-treat if necessary. 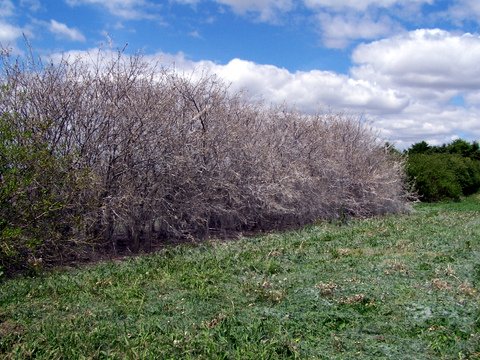 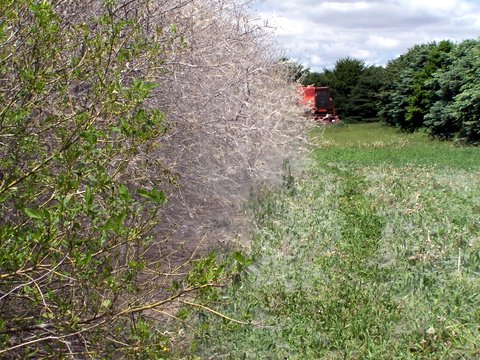 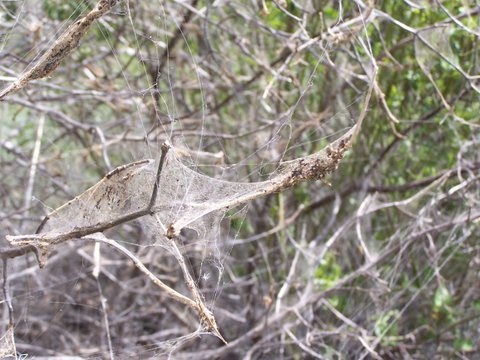 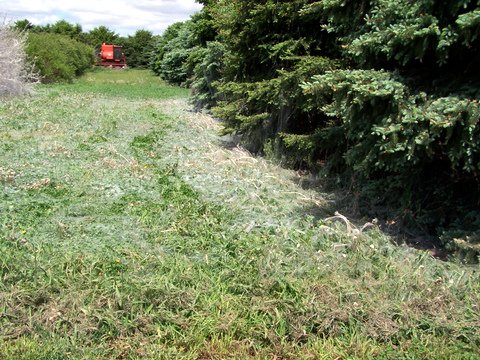 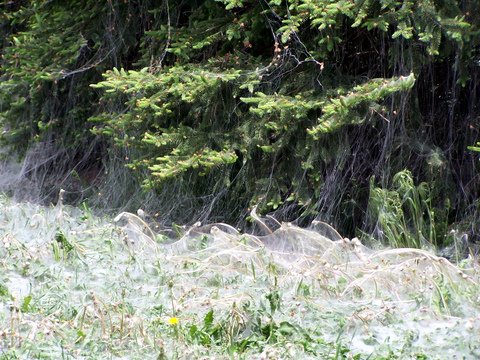 All photos are courtesy of Dennis Hermsen.

Links to this article are strongly encouraged, and this article may be republished without further permission if published as written and if credit is given to the author, Horticulture and Home Pest News, and Iowa State University Extension and Outreach. If this article is to be used in any other manner, permission from the author is required. This article was originally published on June 13, 2012. The information contained within may not be the most current and accurate depending on when it is accessed.