More on the Japanese Beetle

Japanese beetle adults have begun to emerge in full force and defoliation of linden trees, grapevines, cannas and other plants is now apparent in many places. For more about the start of the Japanese beetle season, see the Horticulture & Home Pest newsletter from June 29, 2011.

The distribution map published two weeks ago is already out of date! This week 3 new county records were reported: Poweshiek, Fremont and Humboldt. Note that this does not indicate that the beetles just arrived in those counties; it only indicates when the first specimens were reported and confirmed. Please continue to report beetles in counties where the presence has not yet been documented.

Questions about Japanese beetle traps continue. There's no doubt the traps can catch a lot of beetles. See the photos below from ISU soybean research entomologist Mike McCarville.

It is still just as clear that trapping thousands of beetles out of a population of millions makes no difference and will not change the population as a whole (though it might be an emotional release and therefore satisfying to some gardeners). Research from the University of Kentucky showed that the traps attract more beetles than they catch.  Read the abstract of the research online as published in the Journal of Economic Entomology Volume 78, Number 4, August 1985, pp. 774-778(5).

Also see the University of Kentucky pamphlet on Japanese beetles  where you will find these statements: "Traps attract many more beetles than are actually caught. Consequently, susceptible plants along the flight path of the beetles and in the vicinity of traps are likely to suffer much more damage than if no traps are used at all. In most landscape situations, use of Japanese beetle traps probably will do more harm than good. If you experiment with traps, be sure to place them well away from gardens and landscape plants."

Trapping adult beetles has the same impact as treating your lawn for white grubs, the larval stage of the Japanese beetle. Neither will have any effect on protecting your plant foliage and flowers.  JB adults are strong fliers and are attracted from long distances. The few grubs you kill in your lawn has no impact on the population as a whole. 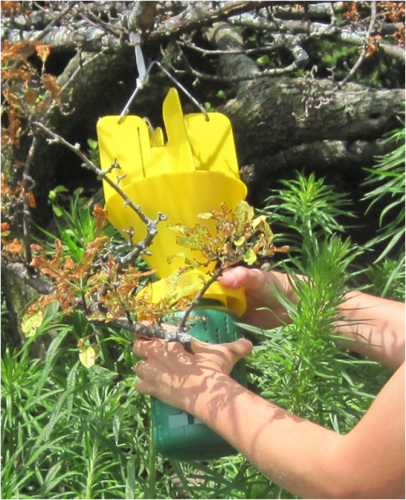 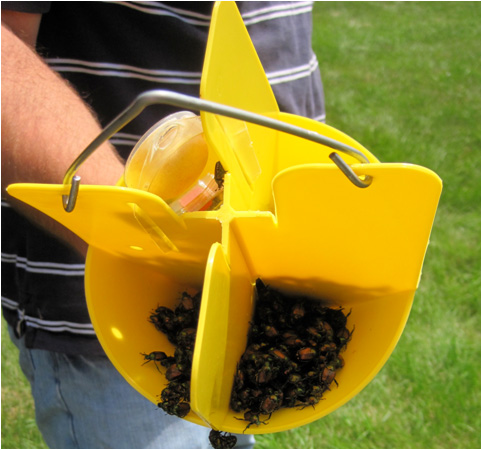 More Japanese beetles than the trap will hold! 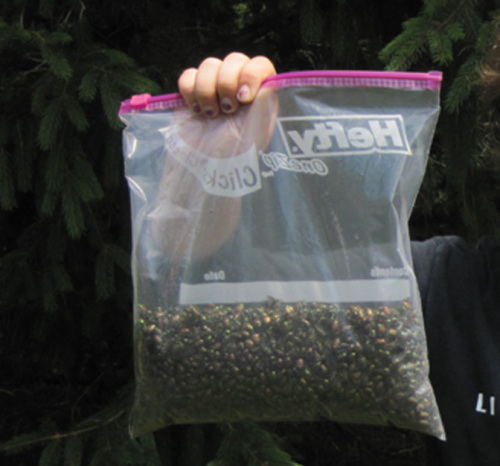 Japanese beetles trapped in one hour!

Links to this article are strongly encouraged, and this article may be republished without further permission if published as written and if credit is given to the author, Horticulture and Home Pest News, and Iowa State University Extension and Outreach. If this article is to be used in any other manner, permission from the author is required. This article was originally published on July 13, 2011. The information contained within may not be the most current and accurate depending on when it is accessed.