Can row covers stop cucurbit bacterial wilt, and are they cost effective?

By Erika Saalau, Mark Gleason, and Jean Batzer, Department of Plant Pathology
Bacterial wilt is a major challenge for North Central Region cucurbit growers. This disease, caused by the bacterium Erwinia tracheiphila, can wreak havoc on all types of cucurbit crops except watermelon. Leaves and stems wilt and dry up, and infected plants typically die. See photo below. 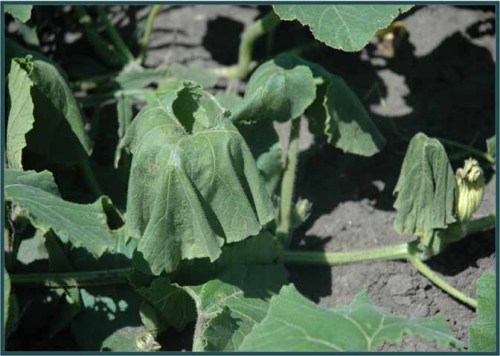 Symptoms of bacterial wilt in muskmelon.  Photo by Jean Batzer. 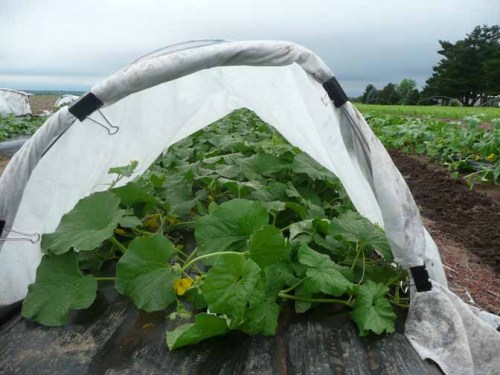 Row cover on wire hoops over muskmelon with ends open to allow entry of pollinators.  Photo by Erika Saalau.

Links to this article are strongly encouraged, and this article may be republished without further permission if published as written and if credit is given to the author, Horticulture and Home Pest News, and Iowa State University Extension and Outreach. If this article is to be used in any other manner, permission from the author is required. This article was originally published on February 9, 2011. The information contained within may not be the most current and accurate depending on when it is accessed.