As the extended snow cover from last winter melted from lawns, evidence of gray snow mold and pink snow mold disease became apparent in many lawns. Snow molds are fungal diseases that flourish under snow, especially when the ground is not thoroughly frozen and snow cover is present for extended periods. Snow molds are named for the webby material that grows over circular patches of matted grass. See photo 1 below.

Gray snow mold has been prolific this year and probably makes up over 60 percent of the affected turf this spring says Dr. Dave Minner, ISU Extension Turfgrass Specialist. Susceptible turf species are bluegrass, fescues, ryegrass and mainly bentgrass. Gray snow mold is caused by the fungus Typhula incarnata and other Typhula species. Yellow to white circular patches of damaged turf are visible right after snow melt (Photo 2). Patches vary in size and may overlap to blight large areas of turf.  The fungus produces yellow/orange structures (Photo 3) called sclerotia that when mature are dark-brown to black color, are easily visible and persist through the summer and in late fall. These structures start colonizing grass leaves again 30-45 days after permanent snow cover has left.  Gray snow mold damage occurs in winter and early spring. The disease is no longer causing damage this year as it requires temperatures between 32-36 degrees F. This disease rarely kills the grass and treatment is not warranted. If lawns are being reseeded consider planting resistance turfgrass cultivars.

Pink snow mold can be more problematic in some years, though probably not this year since the fungus is active only under cool (30-50 degrees F) and wet conditions.   Pink snow mold is caused by the fungus Microdochium nivale (Photo 4), which produces roughly circular bleached patches ranging in size from 1-8 inches in diameter. The patch will appear red-brown and water-soaked at first then later turn pinkish white with red-brown border (Photo 5). In the foliar blight phase, this fungus can be easily spread by mowing.

Snow mold damage was heavy in some lawns this year. However, the problem usually does not occur frequently enough or severely enough in home lawns to warrant preventive fungicide application in the fall. Most home lawns will survive but they might need some help by raking the matted grass to allow air and sun to reach the growing plants. For golf course greens and possibly athletic fields, the best management practice is preventive fungicide application in the fall before permanent snow cover.  For both diseases fungicides containing one of the following active ingredients may be used: azoxystrobin, ioprodione, propiconazole, triadimefon, pyraclostrobin, or chlorothalonil.

To minimize snow mold development in the next year avoid excessive nitrogen applications in late fall. Continue to mow turf as long as growth continues and rake leaves from the lawn in the fall.

Please see our website for information on sending turfgrass samples to the ISU Plant and Insect Diagnostic Clinic. 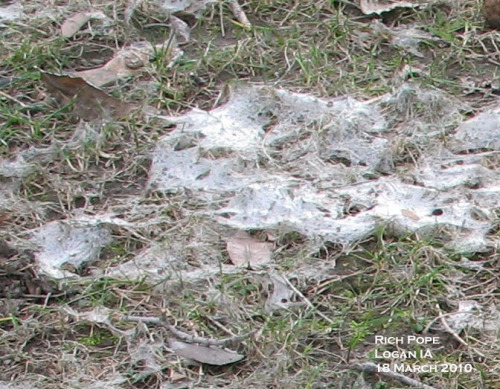 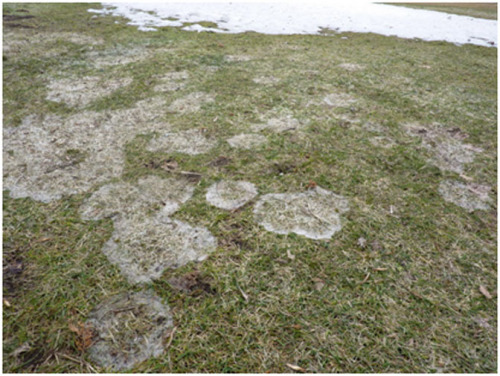 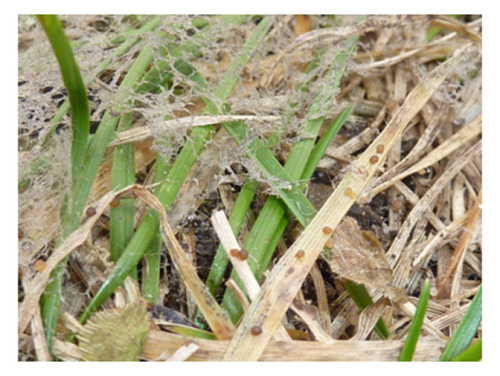 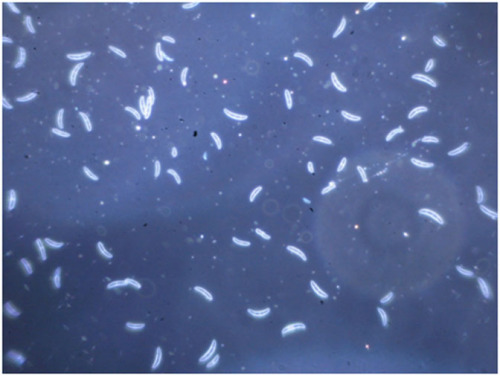 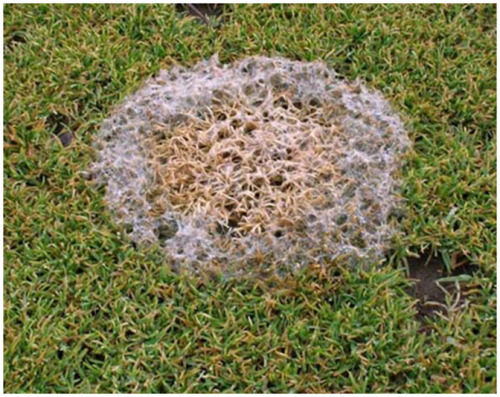 Links to this article are strongly encouraged, and this article may be republished without further permission if published as written and if credit is given to the author, Horticulture and Home Pest News, and Iowa State University Extension and Outreach. If this article is to be used in any other manner, permission from the author is required. This article was originally published on March 31, 2010. The information contained within may not be the most current and accurate depending on when it is accessed.