The Japanese beetle discussed in an earlier newsletter has emerged and is causing foliage and flower feeding injury in the isolated areas of the state where this introduced pest is found.

The map below shows the counties where Japanese beetles have been reported. If your county is not highlighted and you have Japanese beetles, please send samples so we can document the presence and update our distribution records.

Note: we do not need specimens from counties where the Japanese beetle has already been documented.

Also note that beetles are not in all areas within reported counties. Most counties have a few to several infested areas. Worst areas of the state are Dubuque, Davenport, Cedar Rapids, and Iowa City. Some counties have reported one or two beetles but none were found in subsequent years.

Adult beetles are present for about 6 weeks every summer. The adult beetles begin to emerge from the ground during the last week of June and new adults continue to appear throughout July. Each beetle lives from only 30 to 45 days.

Control of Japanese beetles is difficult. Persistence, diligence and repeated efforts are necessary because beetles emerge every day for a period of several weeks. Handpicking or screening of high-value plants may be of benefit in isolated situations with limited numbers of beetles. Remove beetles early and often to preserve the beauty of the plant and to reduce the attraction of more beetles. Remove beetles early in the morning while temperatures are cool and the beetles are sluggish. Collect or shake beetles into a bucket of soapy water and discard.

Spot spraying infested foliage of high value plants with a labeled garden insecticide may reduce damage for several days, but multiple applications are required to maintain control. Check the insecticide label to make certain the plant you want to spray is listed. Read and follow label directions.

Japanese beetle traps are widely available but have been shown to not be effective in controlling moderate to heavy infestations. In fact, they may attract more beetles than they catch! 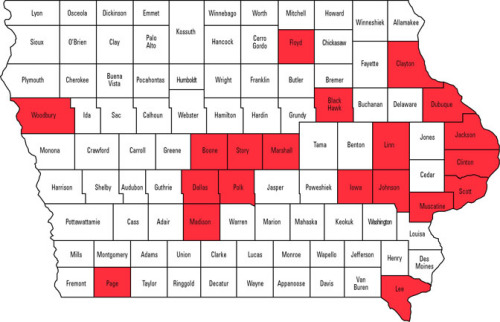 Links to this article are strongly encouraged, and this article may be republished without further permission if published as written and if credit is given to the author, Horticulture and Home Pest News, and Iowa State University Extension and Outreach. If this article is to be used in any other manner, permission from the author is required. This article was originally published on July 11, 2007. The information contained within may not be the most current and accurate depending on when it is accessed.