When asked to describe a fungus, many people might detail the problematic blue-green fuzzy growth found on an old piece of cheese lost in the refrigerator or on stale pieces of bread left on the counter too long. Others might speak angrily of the fungi that cause unsightly black spots and loss of leaves on their roses or crabapple trees.

Although some fungi are troublesome to plants and people, there also are very important groups of fungi that are beneficial. One group is referred to as the decomposer fungi. These fungi help break down dead plant material. There are many different species of decomposer fungi found in nature, especially in the soil. They are usually most active when temperatures are warm and the environment is moist. As a vital part of the decomposition process, these fungi help to enrich the soil by making nutrients available to plants in a form they can use. Imagine what the earth would look like if there were no decomposing organisms, like fungi, to break down leaf litter and other organic matter.

The dead leaves of a perennial plant were submitted to the Plant Disease Clinic in March. Fungi were visible on the brown, decomposing tissue. The client was concerned about a possible disease problem. In reviewing what occurred during the previous growing season, the client reported that the plant grew vigorously and looked healthy. After a microscopic examination of the structures on the tissue, the fungus was not identified as a known pathogen of that plant species. The diagnosis was that the fungus likely was a decomposer, responsible for the slow break down of the leaf tissue left after the conclusion of the growing season.

At a quick glance, it can be difficult to decide if a fungus is helpful or harmful to a plant. Each case has to be looked at individually. An important first step in the diagnostic process is to be familiar with the normal appearance of a plant at various times of the year. Good observational skills are necessary in order to scout for the development of unusual symptoms. Fungi that are beneficial should be encouraged rather than controlled with a fungicide.

Color images of examples of decomposer fungi and mycorrhizal fungi (helpful fungi associated with plant roots) that can be observed in Iowa are highlighted in the following bulletins available from your local county extension office or from the Iowa State University Extension Distribution Center, 119 Printing and Publications Bldg., Ames, IA 50011, Phone: 515-294-5247, E-mail: pubdist@iastate.edu.

Mushrooms in your pocket, a guide to the mushrooms of Iowa by Donald M. Huffman and Lois H. Tiffany is available from the University of Iowa Press, c/o Chicago Distribution Center, 11030 South Langley Ave., Chicago, IL 60628. 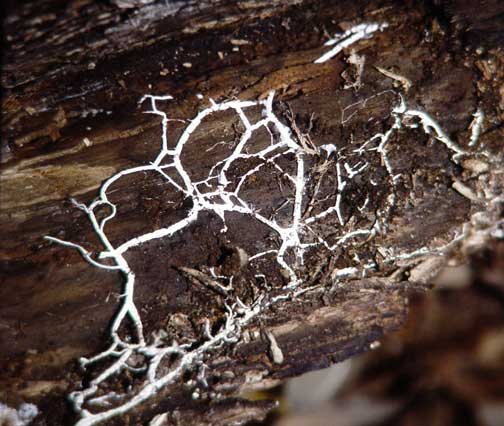 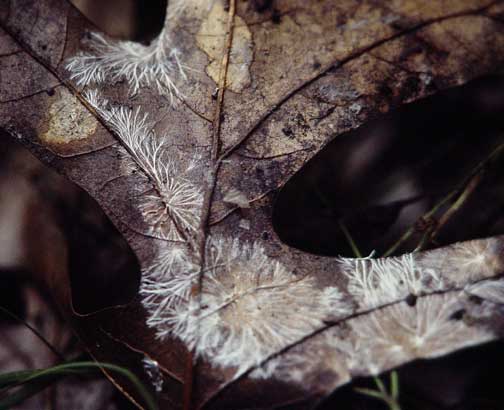 Links to this article are strongly encouraged, and this article may be republished without further permission if published as written and if credit is given to the author, Horticulture and Home Pest News, and Iowa State University Extension and Outreach. If this article is to be used in any other manner, permission from the author is required. This article was originally published on April 5, 2006. The information contained within may not be the most current and accurate depending on when it is accessed.