Reasons Why Peonies Fail to Bloom

Peonies are staples in Midwest landscapes. They are easy-to-grow, long-lived, and reliable performers in the garden. However, when they do not bloom well, those of us in extension are often inundated with calls, emails, etc. There are several possible causes for failure to bloom.

If the buds do not appear (which is normally the case) some possible causes are:

1. Planted in too much shade. Peonies need at least 4-6 hours of direct sun to bloom well.

2. Recently divided or transplanted. Peonies that are moved or divided in late summer rarely bloom well, if at all, the following spring. Sometimes it will take 2 to 3 years for plants to re-establish well enough in their new location to bloom well again.

3. Planted too deeply. When planting, position peony buds 1 to 2 inches below the surface of the soil. Nobody knows how they know if it is 2 inches versus 4 inches, but they do! When a peony is planted too deeply, it may have beautiful foliage, but few (if any) flowers.

4. Fertilized too much. Peonies that receive excessive amounts of nitrogen rarely flower well regardless of site. Nitrogen promotes foliar growth at the expense of flowers.

5. Clumps too large? Some references state that large, old clumps may not bloom well. However, I have seen several large plants in the Midwest that seem to bloom beautifully year after year. I would imagine that a clump would have to be several decades old before it would fail to bloom. If a clump is considered too large or possibly too old, this is easily remedied by dividing the plant in late summer as a means of rejuvenation.

6. Plants are too young. If a clump can be too old - then the possibility exists that it can be too young as well. While most peonies that are sold are not typically grown from seed, there are some avid gardeners that successfully attempt this process. Plants grown from seed take about 4 to 5 years to mature and ultimately bloom.

7. Premature removal of foliage. Removal of the plant foliage in July or August will weaken the plant resulting in fewer flowers.

If buds appear - but fail to open, some other possible causes include:

1. Late freeze. A hard freeze in May (much like the one we had last year) may damage or destroy the flower buds. Fortunately, this doesn't happen often.

2. Other extreme weather conditions. Extremely dry conditions in summer may weaken plants and result in fewer flowers the following season.

3. Fungal diseases. Botrytis blight or other fungal pathogens infrequently attack the flower buds, primarily when conditions are cool and wet. For prevention, the best practices are removing the dead buds in late spring and removing any diseased foliage at the end of the growing season.

4. Insect pests. Also on rare occasions, thrips or other insect pests can damage and distort flower buds and thus reduce flowering. Insecticides are usually ineffective since the damage is often done early in the season.

5. Undernourished. This is another rarity in most Iowa soils. Plants that are growing poorly (weak, spindly, yellowish or "off-color") are not vigorous enough to bloom (but may set buds). Transplanting into a more favorable location and fertilizing lightly after establishment would be beneficial.

That's it. The most common reasons peonies fail to bloom are cultural (planting in too much shade and planting too deeply). Remember that peonies are tough and often survive for many years in "not so ideal" sites. However, if they fail to bloom one year - watch out - everyone notices! 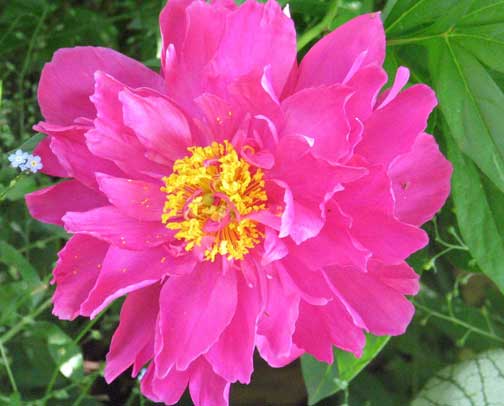 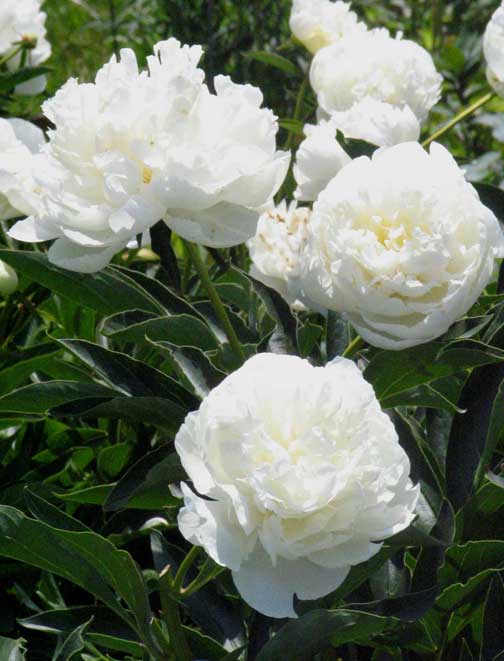 Links to this article are strongly encouraged, and this article may be republished without further permission if published as written and if credit is given to the author, Horticulture and Home Pest News, and Iowa State University Extension and Outreach. If this article is to be used in any other manner, permission from the author is required. This article was originally published on April 19, 2006. The information contained within may not be the most current and accurate depending on when it is accessed.