The term "evergreen" used to describe conifer trees isn't exactly accurate. It's normal for some of the needles on evergreens to turn yellow or brown and fall from the tree in autumn. This seasonal needle loss, also called fall needle drop, is a natural occurrence. The oldest (innermost) needles are eventually shed from trees such as pine, spruce, and fir. The discoloration and loss of needles can be alarming to tree owners that are not aware of this normal process. Some fear that a disease is rapidly occurring.

Seasonal needle loss is especially striking on bald cypress and larch trees. All of the needles turn brown and fall from these trees. Unfortunate events have occurred in the past, where owners or caretakers of such trees removed them after incorrectly concluding that the barren trees were dead!

Environmental stresses, such as drought and hot temperatures, may cause greater-than-normal loss of needles. The normal pattern of seasonal needle loss is a gradual discoloration and eventual loss of inner needles from the top to the bottom of the trees. In contrast, fungal diseases often cause browning of the newest (outermost) needles, death of entire branches, or thinning of needles on just the lower branches.

Knowing what is normal for landscape plants at different times of the year is the first step in diagnosing possible problems. Fortunately, samples submitted to the Plant Disease Clinic at this time of year that show only seasonal needle loss can be diagnosed as "healthy". 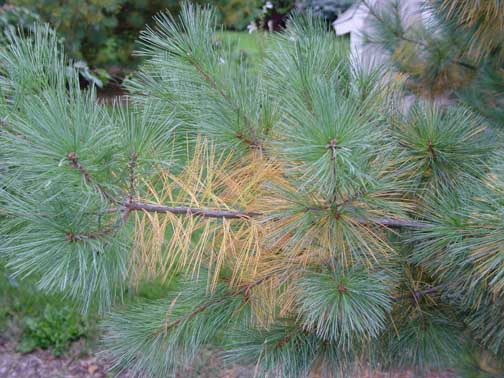 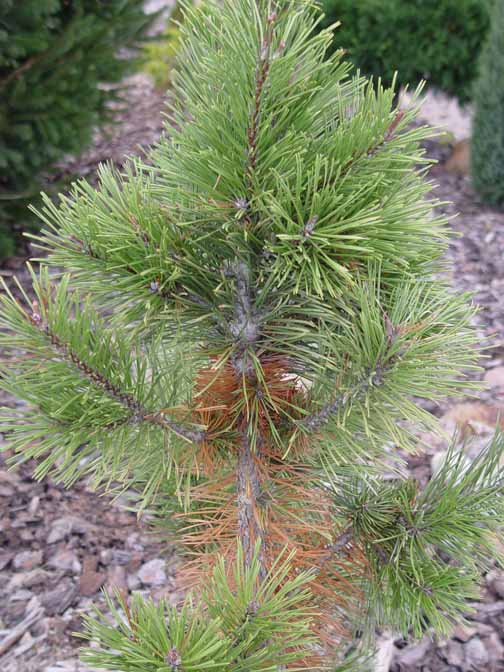 Links to this article are strongly encouraged, and this article may be republished without further permission if published as written and if credit is given to the author, Horticulture and Home Pest News, and Iowa State University Extension and Outreach. If this article is to be used in any other manner, permission from the author is required. This article was originally published on October 4, 2006. The information contained within may not be the most current and accurate depending on when it is accessed.